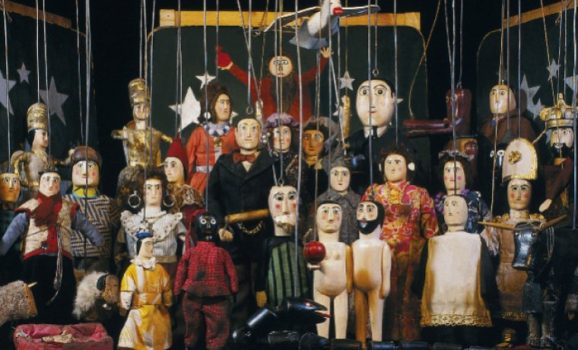 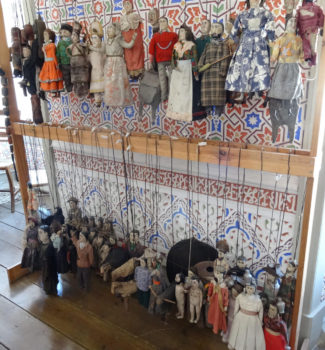 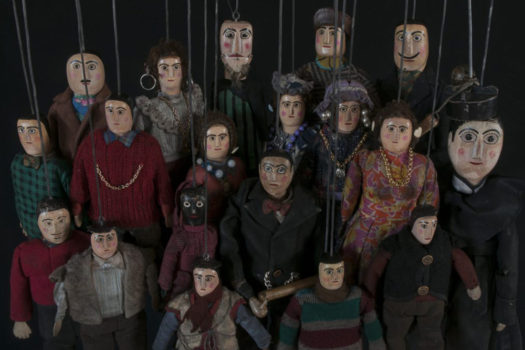 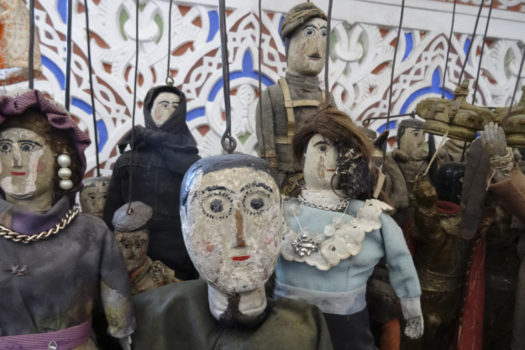 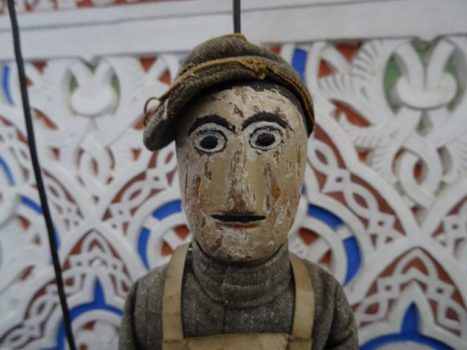 From May 13 to May 15
Housed at the Dramatic Centre of Èvora (Portugal), Bonecos de Santo Aleixo is one of the oldest puppetry traditions of Europe: they date from 1792. For three days and five performances they will perform at La Puntual some of their most renowned Sacramental Acts, the dance of the Angels, The creation of the World and the bullfight. Bonecos de Santo Aleixo come from the Portuguese region of Alantejo and are one of the best known artistic expressions of the country. They are rod puppets manipulated from above, similar to their larger counterparts from Italy and Northern Europe, but much smaller (between 20 and 40 centimetres), made of wood and cork. It’s through their costumes that we can identify their roles in the play. The texts, from the oral tradition, are a mixture of popular culture and learned origins. The delicate lighting is achieved with oil lamps and the music (Portuguese guitar) and songs are performed live. The shadows from the oil lighting and constant improvisation with the audience give way to an atmosphere of ancient times. Known and renowned throughout Portugal, Bonecos de Santo Aleixo has performed in international festivals in Spain, Belgium, Holland, England, Greece, Mozambique, Germany, Macao, China, India, Thailand, Brazil, Russia, Mexico, Italy and France,